Podcast: Worst TV of 2011 (with Cory Barker and Andy Daglas) 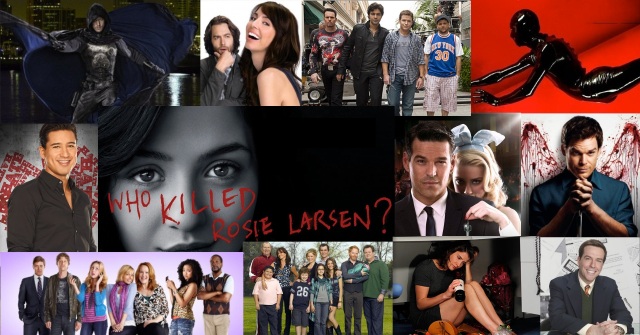 It’s the end of 2011, which means that the time has come for most media outlets and bloggers to prepare their Top Ten and Best Of lists for the year. I, tragically, will not be one of those making a list. For a multitude of reasons – many of which were already phrased so well by The New Yorker‘s Emily Nussbaum – it’s just not something I’m in the mood to write up, especially considering I haven’t had the chance to watch everything of note this year.

That being said, there was a lot of television I watched in 2011 that needed to discussed. More to the point, there was some really fucking awful television this year that deserved to be cut apart with a good set of steak knives. And I knew I couldn’t do it alone.

So I got together with my good friends Cory Barker and Andy Daglas, we resurrected the three-man podcast and went on an epic discussion of the worst television of 2011. No show was safe – I attacked American Horror Story with gusto, Andy was a hater about H8R and Cory got to vent his frustrations about Dexter season six. From there we began whipping the NBC dead horse, revisited the muck and mire of The Killing, tore into a few returning comedies that are clearly past their prime, identified the show that was so bad it looped around to entertaining (six seasons and a movie!) and just generally left off some steam about the shows we had to suffer through for your benefit. As to be expected from us, there’s also are a vast number of tangents and digressions, plus guest appearances by several media personalities! (Or maybe just me doing impressions.)

You can find all the fun over at TV Surveillance, or download the podcast directly from iTunes. Check back tomorrow, when we’ll reunite for the other side of the coin.

5 Responses to Podcast: Worst TV of 2011 (with Cory Barker and Andy Daglas)