Back and Forth: Mad Men Roundtable, “A Little Kiss” (with Cory Barker and Andy Daglas) 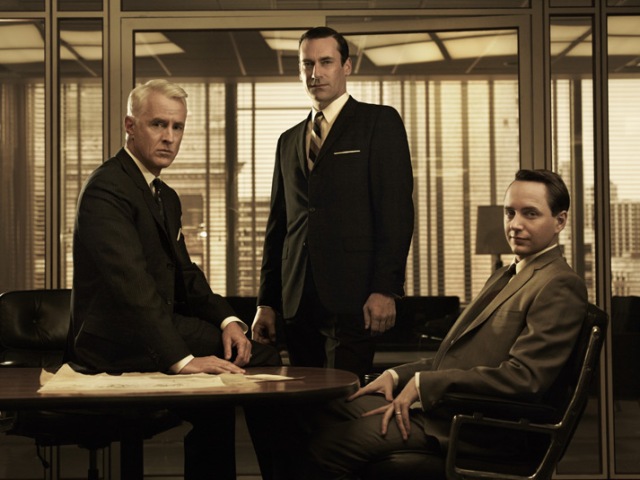 The wait is over. After 17 months, a cloud of almost Stalinist secrecy and a period where at least two similar shows trying to capitalize on its absence flamed out fast, AMC’s flagship drama Mad Men has returned to the airwaves. It’s a show that begs for discussion with every episode, being a show rich in symbolism, humor, solid performances, and some of the sharpest writing on television. However, it’s also a show where everyone’s reviewing it in some degree, and with how deep it is it seems almost limiting for me to write about the episode myself.

Thankfully my friend Cory Barker of TV Surveillance had roughly the same idea, and recruited both myself and Andy Daglas of The Vast Wasteland – a combination you may remember from various three-man podcasts – to form the reviewing agency of Barker Chappell Daglas. Every week, the three of us will be engaging in a long email discussion where we break down that Sunday’s episode of Mad Men in detail, discussing what we thought worked and what didn’t, the character arcs of Sterling Cooper Draper Pryce’s employees, and throw out some predictions where we think the show’s going next. We’ll be rotating coverage between our three blogs, but I’ll have a link posted almost immediately wherever the new installment goes up.

So head over to TV Surveillance and enjoy the first installment, where we discuss the two-part season premiere “A Little Kiss.” Zou bisou bisou!