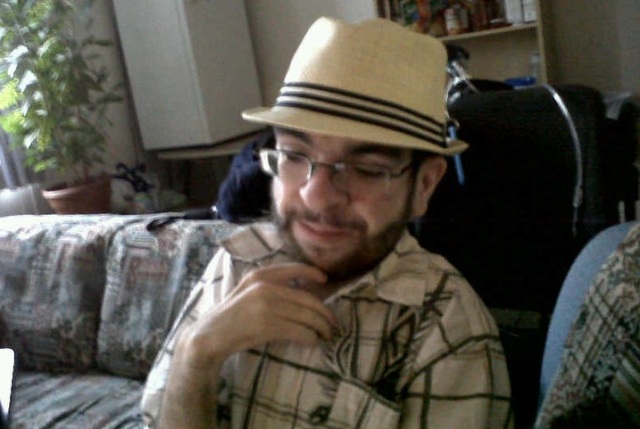 I don’t usually use this blog for personal statements, preferring to keep the conversation centered around television, literature, and occasionally opining on a fine piece of headwear; and when I do make a personal statement it’s usually to share a piece of good professional news in either of those avenues. Unfortunately, life doesn’t always permit me to get good news, and I received a particularly bad piece of news that I need to take advantage of whatever position I have to say a few words about it.

Yesterday, I learned that my friend and colleague Adam Wright, founder of TVDoneWright.com and a contributor to The Huffington Post, passed away. While he’d been in poor health for the last few months, in and out of the hospital from various bouts of pneumonia, his death still comes as a complete shock and a tragic loss for all of us who knew him. He was a critic of an impeccable wit and brutal honesty, a solid and ambitious writer, and a seemingly unstoppable force of energy powered by Tim Hortons coffee and righteous indignation. It’s very hard to have to say goodbye.

Like much of the online TV critic circle that has become so dear to me in recent years, Adam and I first met out of a random Twitter chat, more specifically a discussion of Maria Bello’s hat on Prime Suspect. We struck up a casual friendship, discussing such points as how much we didn’t like Whitney, how we seemed to both be alone in not liking Girls, and marveling at how much better New Girl got as time went along.

But our true bond was forged in just how stylish we considered each other. There are several TV critics who have beards, and even some who wear fedoras on a regular basis, but Adam and I discovered we were part of a rare breed—the critics who had both and wore them proudly. As such, we formed a friendship based on our similar sense of style, which took the form of a long list of #beardtweets and #hattweets back and forth, as we both paid close attention to TV personalities on and off-screen. When a star grew a beard during their show’s hiatus, Adam and I would comment on its erstwhile thickness; and when a character adopted a hat, we’d either geek out over its flashiness or pan its absurdity. We were in awe of Mandy Patinkin on Homeland, divided over Jon Hamm between seasons of Mad Men, and held measured discussion as to whether or not Herschel’s beard was the reason Walking Dead had a much better third season. (And the two of us were locked in an eternal contest of which of us had the better beard, an question that now will be left to the ages.) 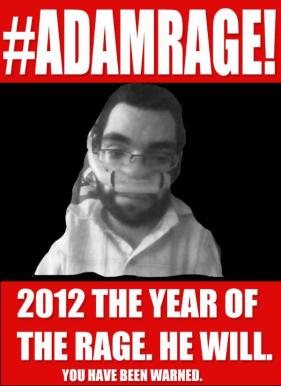 It wasn’t just #beardtweets that distinguished Adam’s personality online though. In the world of live-tweeting, Adam was one of the only people I know who was justified in creating a hashtag for his thoughts: #AdamRage. Unlike some critics who feel the need to maintain more of an objective distance from shows as they watch them, Adam never pulled any punches, practicing full-bore gonzo tweeting that lacerated the failings of what he was watching in complete detail. No show was safe from #AdamRage, be it True Blood, The Walking Dead, Dexter, The Killing, Glee or The New Normal. His thoughts on the latter two even led Ryan Murphy to block Adam on Twitter, a move Adam was incredibly proud of. (The only thing to equal it, in his mind, was earning a “too soon” from Kurt Sutter when, following the death of Whitney Houston, Adam’s first tweet was “So… No X-Factor then?”) To quote Hunter S. Thompson, Adam was “a Shootist… he wrote with extraordinary precision and no fear.” He was active to the end of his life, joining several other critics and I for a series of roundtables on 2012 over at TV Surveillance, where he praised Dexter’s creative resurgence and lacerated House’s finale for causing not just #AdamRage, but #AdamHeartbreak and #AdamWeeping.

And he wasn’t just a critic—an aspiring TV comedy writer in his own right*, Adam spent a good deal of time pursuing other professional venues for his writing. I had the good fortune to read the script for a comedy pilot he was shopping around to the networks, That’s How I Roll, a dark comedy loosely based on his own experiences living with a unique bone and muscle disorder. (An essay of his that covered many of the same ideas and experiences can be read here and is well worth your time.) It was a solid piece of work, one that uniquely translated his cutting wit into dialogue and managed to juggle black comedy and emotion. And he was an energetic business mind too: in building TVDoneWright.com, Adam showed a degree of focus and commitment that’s rare in this business. Few of us have the drive to start a website based on our college newspaper column (as Adam did in 2009) and fewer still are able to devote the time and gather the talent to transform it into a site with thousands of hits and its own line of merchandise. (Evidently merchandising, merchandising, is where the real money from the criticism is made.)

I never had the chance to meet Adam in person, though I did happen to have a semi-live conversation with him at one point during Good TVeets Con 2012 in Chicago. While he was unable to attend the gathering himself, he Skyped into our gathering and exchanged a few words with all of us—and his words to me were along the lines of how by virtue of this appearance he’d usurped my position as the best beard and hat at the Con. I promised him I’d get him back next year, and it hurts more than I can say that I won’t get that chance. 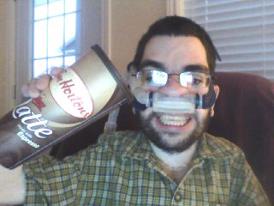 Or maybe I will, in a sense. While I don’t pretend to have any sort of knowledge or insight about what’s past this life, I’d like to think that he’ll still be around in some way, a poltergeist of Twitter quaffing the bottomless cup of coffee the afterlife provides him and investing us all with a little extra snark online. There’s sure to be a lot of terrible television coming this year, and I’d like to think his fury will drive many of us to voice our frustrations with an #AdamRage hashtag thrown in for good luck. I may have to watch the third season of The Killing just to keep the trend alive. (I’m not watching Glee though. Sorry Adam, not even death can make me watch a Ryan Murphy show.)

At the present moment though, it’s a bit hard to look past the immediate loss to his friends, family and the Twitterverse as a whole. Adam was a force of tireless sarcasm, a damn fine writer, and a brother in arms (or beards as it were), and he was taken from us far too soon. Requiescat in pace, Adam. I remove my hat in your honor—and you know better than anyone how much respect I mean with that gesture. 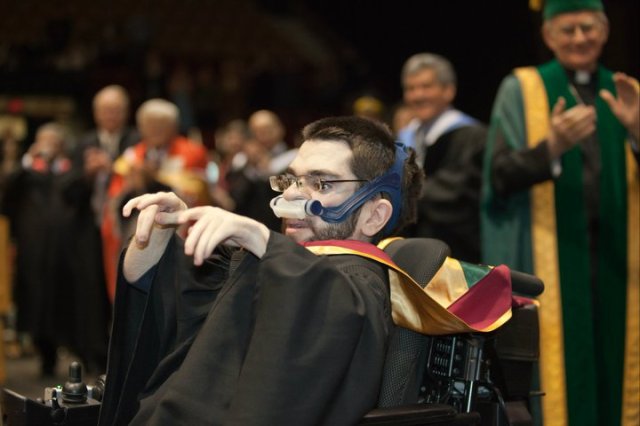 The Mad Hatter of media criticism. Co-founder of This Was Television, contributor to The A.V. Club, founder of A Helpless Compiler and The Lesser of Two Equals.
View all posts by Les Chappell →
This entry was posted in News Reaction and tagged Adam Wright, obituary, TV Done Wright. Bookmark the permalink.

8 Responses to In Memoriam: Adam Wright