Summer Rewatch Update: The Stream is Dried Up

We interrupt our usual broadcast of television content to bring some bad news for those of you who are following along with my Pushing Daisies rewatch – more specifically, those of you following on Netflix instant. As of last Friday, Netflix no longer carries Pushing Daisies on instant streaming, and at this time there is no date for when they’ll get the license back. 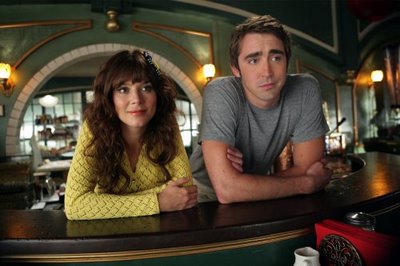 Our streaming overlords have also been cruel to those of you following along with friend of the blog Rowan Kaiser’s recaps of the first season of Veronica Mars at The A.V. Club, as that show’s also been taken down. (Less tragically, Studio 60 on the Sunset Strip and Terminator: The Sarah Connor Chronicles have also been struck from the records. I know of no one recapping them and no one who misses them.)

The good news however is that this won’t keep me from providing these reviews. While I have been rewatching through Netflix I do have DVDs of the episodes, and will keep to the initial schedule of reviewing every Thursday. The fifth installment, on the episode “Girth” will appear usual time Thursday morning.

However, while Veronica Mars fans don’t have an out yet (at least as far as I know – if you do find a place to watch the first season, let Rowan know at his Twitter) you’re still in luck if you want to keep up with me and don’t happen to own the DVDs. The complete first season is still available for streaming on the WB’s website at the following location:

We apologize for the inconvenience, as this was entirely out of our control. Hope you’ve been enjoying the pieces so far, and rest assured it won’t halt the quality/timing of these recaps. I’ll keep the pies coming, as it were.

The Mad Hatter of media criticism. Co-founder of This Was Television, contributor to The A.V. Club, founder of A Helpless Compiler and The Lesser of Two Equals.
View all posts by Les Chappell →
This entry was posted in Summer Rewatch, Updates and tagged Netflix, Pushing Daisies, Summer rewatch, The WB, Veronica Mars. Bookmark the permalink.

2 Responses to Summer Rewatch Update: The Stream is Dried Up